So much people, so much different soils, try the settings you fit best. 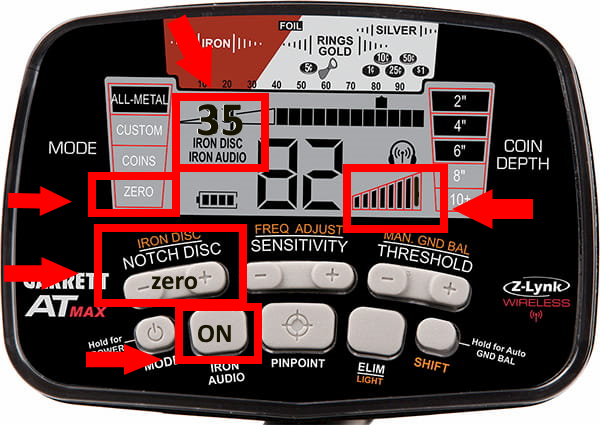 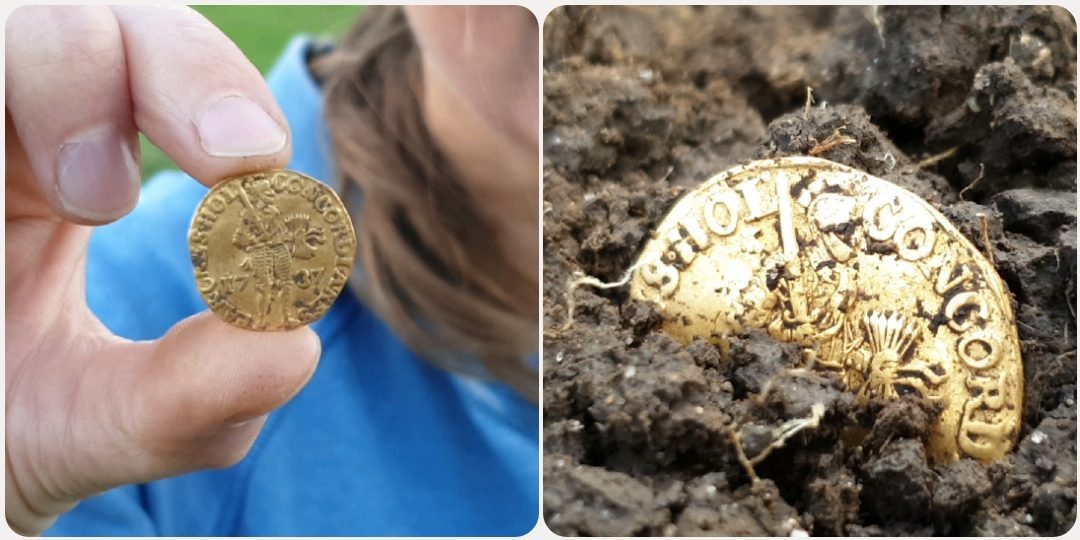 I have had a lot of people asking me for my settings lately, and I’m happy to share them with you.

First you should know, the fields surrounding the village i live in, and search on most of the times, are filled with “Amsterdamse stortgrond”
( Amsterdam city waste ground from around 1600-1800)
In the area I live in there was a lot of peat available on the country sides.
Once the peat was dug, compressed and dried, it became “turf” wich was an excellent fuel.
It was used from the 15th century up to the late 18th century.
In the western Netherlands,where cities grew fast, the relatively small amounts of peat in the marshes around Amsterdam were used up by the 17th century.

The peat extraction had left deep scars in the landscape still visible today, for example, the lakes of Vinkeveense Plassen.
The lands surrounding Amsterdam that had been dug meters deep, were filled up again with the waste of the city.
This is important to know why I use the settings that I do.
I use the AT Max, with the 5×8 inch coil( i use a smaller coil because the ground is filled with all sorts of waste, wich makes it almost impossible to detect with a bigger coil)
I discriminate up to 35, all signals above 35, I dig.
I have the iron audio on, because of the huge amount of iron in this ground.

I search in Zero mode, this way I know I am not leaving any targets out and also I think it detects slightly deeper.
The sensitivity I use is the highest possible, sometimes I need to take it 1 or 2 blocks down if Max gets really chattery.
In all honesty, I have never really played around much with the Notch discrimination, I did try it 3 or 4 times, but I got so used to having it on 0, that I never changed it afterwards.
Ofcourse, when I visit friends in other areas, with a different kind of soil, I always ask their advice on their settings, because every kind of soil needs its own settings. 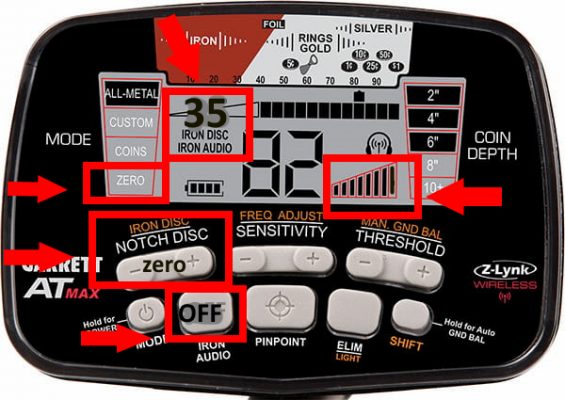 Frank: Start with sens wide open if possible, lower your sens when you hear chattering. 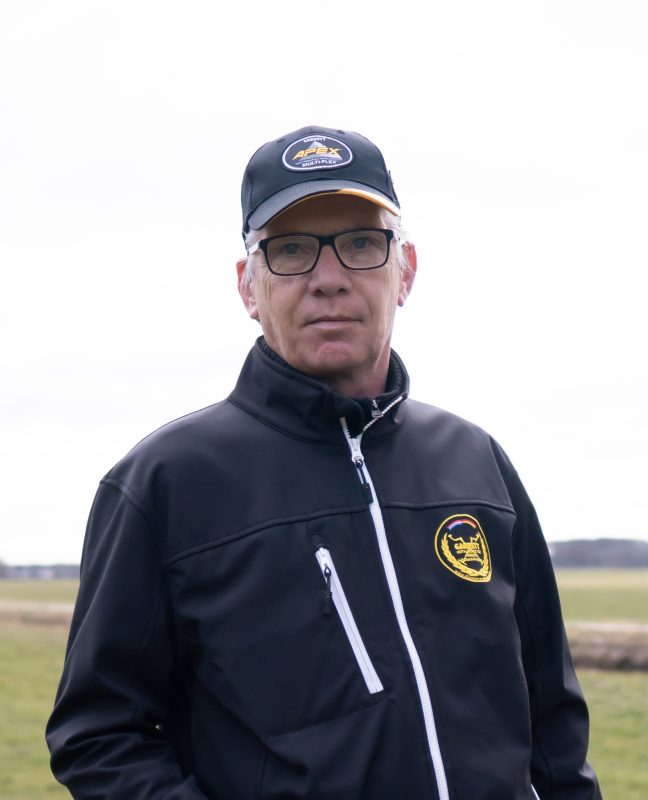 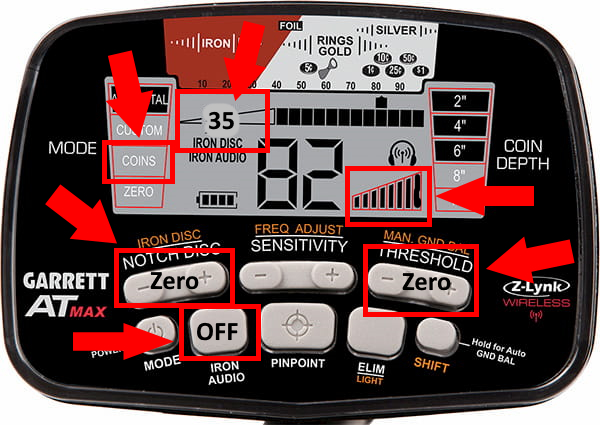 Amaro: Start with 3 bars backwards on your sens, if your ATMAX runs well, just open your sens till full capacity. 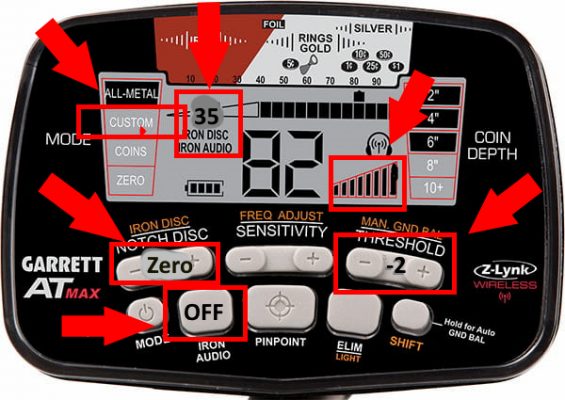 Jaap: When in doubt of any signal, use your iron audio. Sens wide open if possible, Treshold: -1/ -2 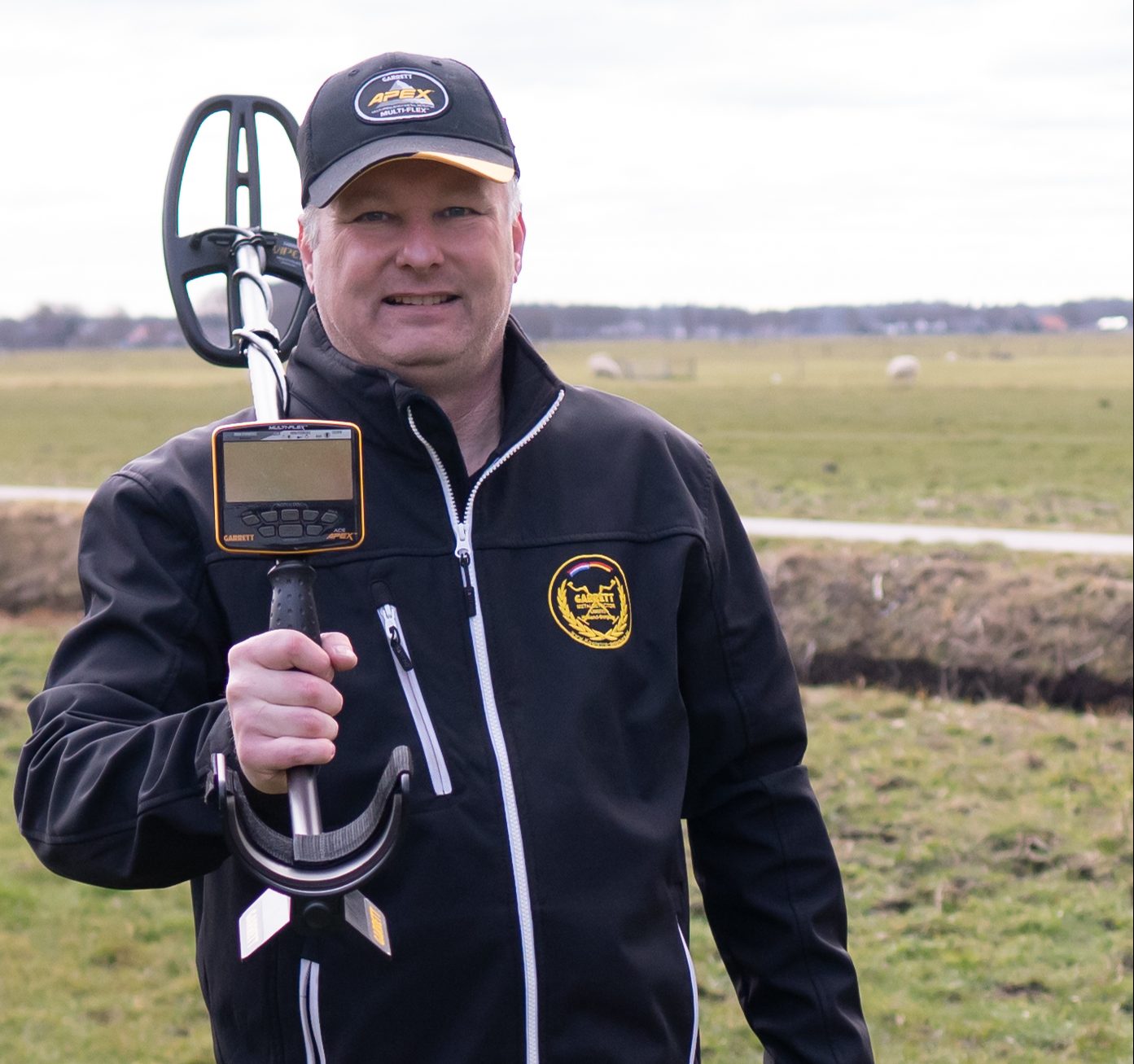 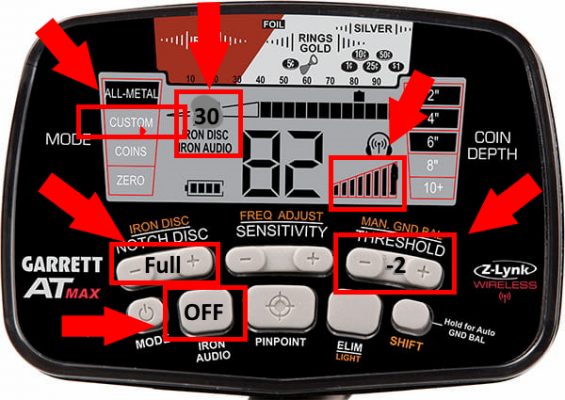 Opa Marcello: When in doubt of any signal, use your iron audio. Sens wide open if possible, Treshold: -2. 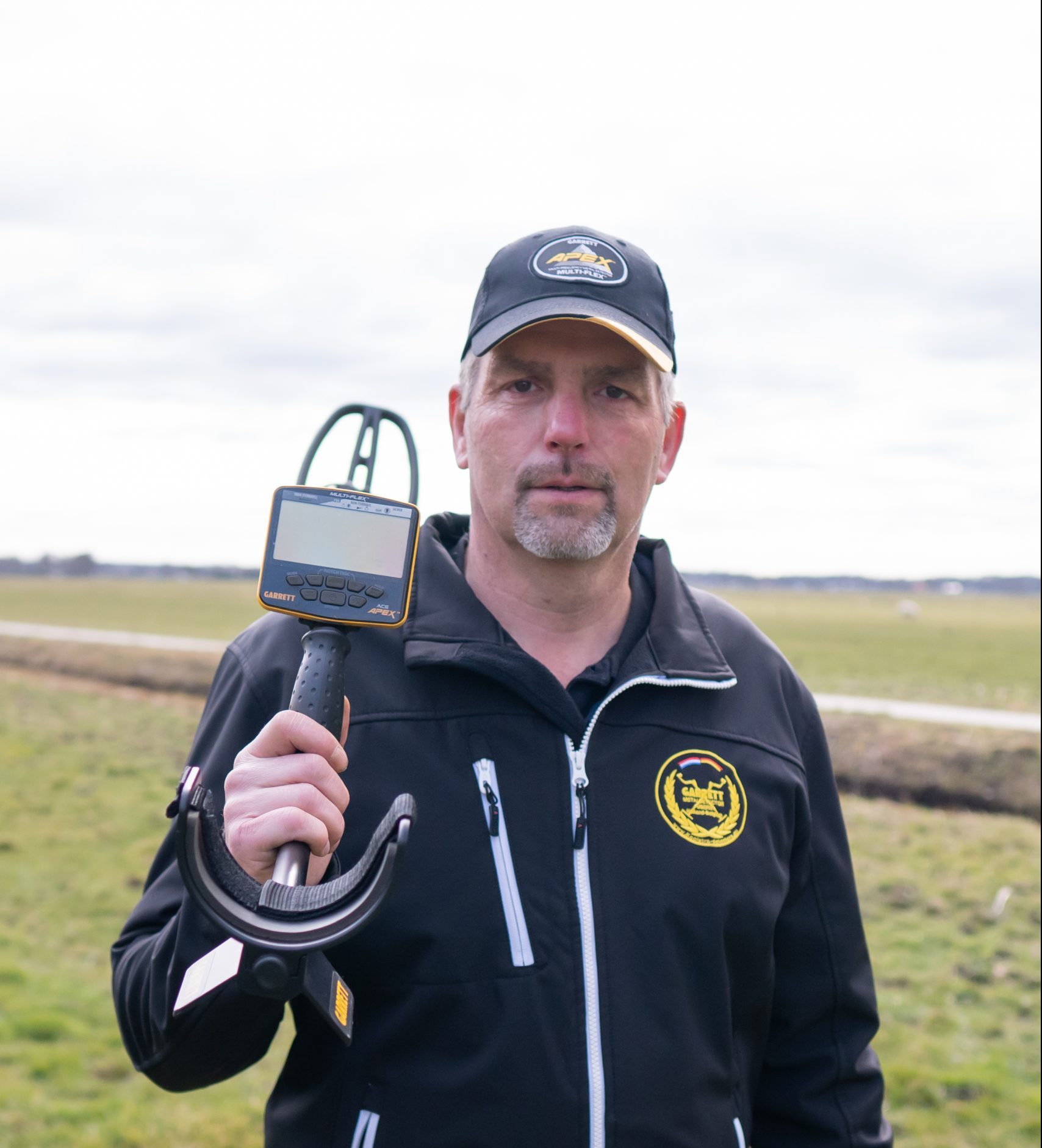 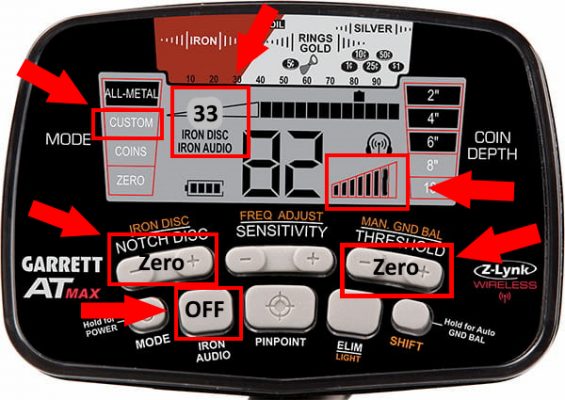 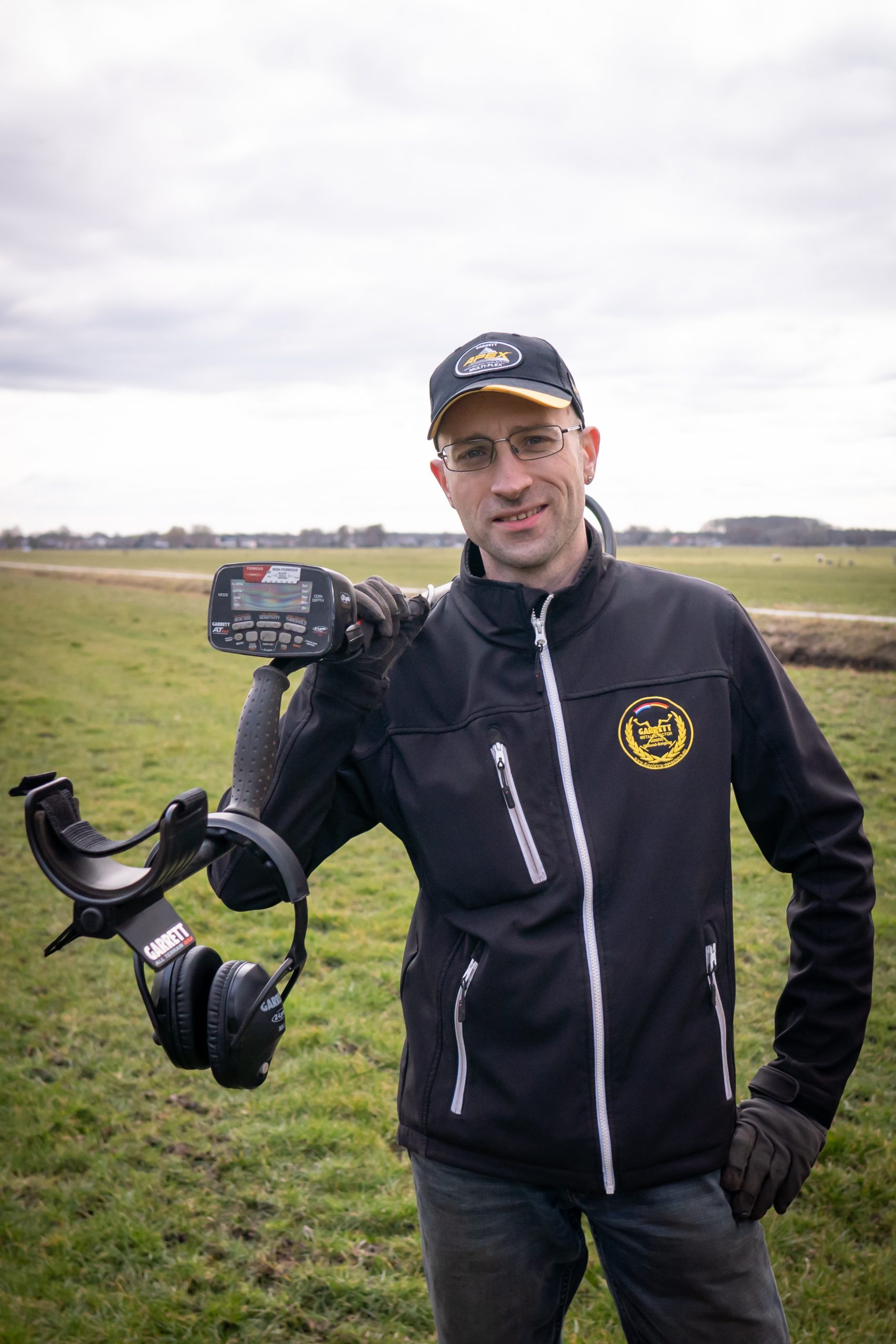 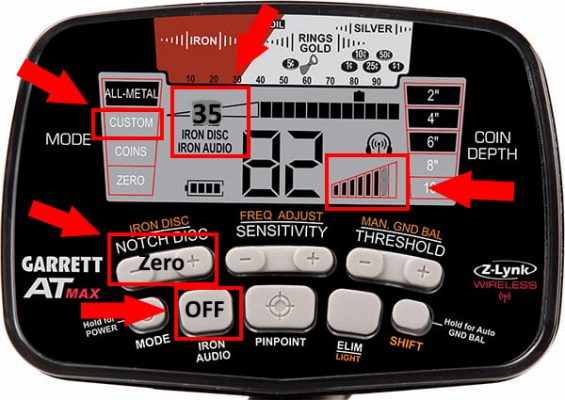 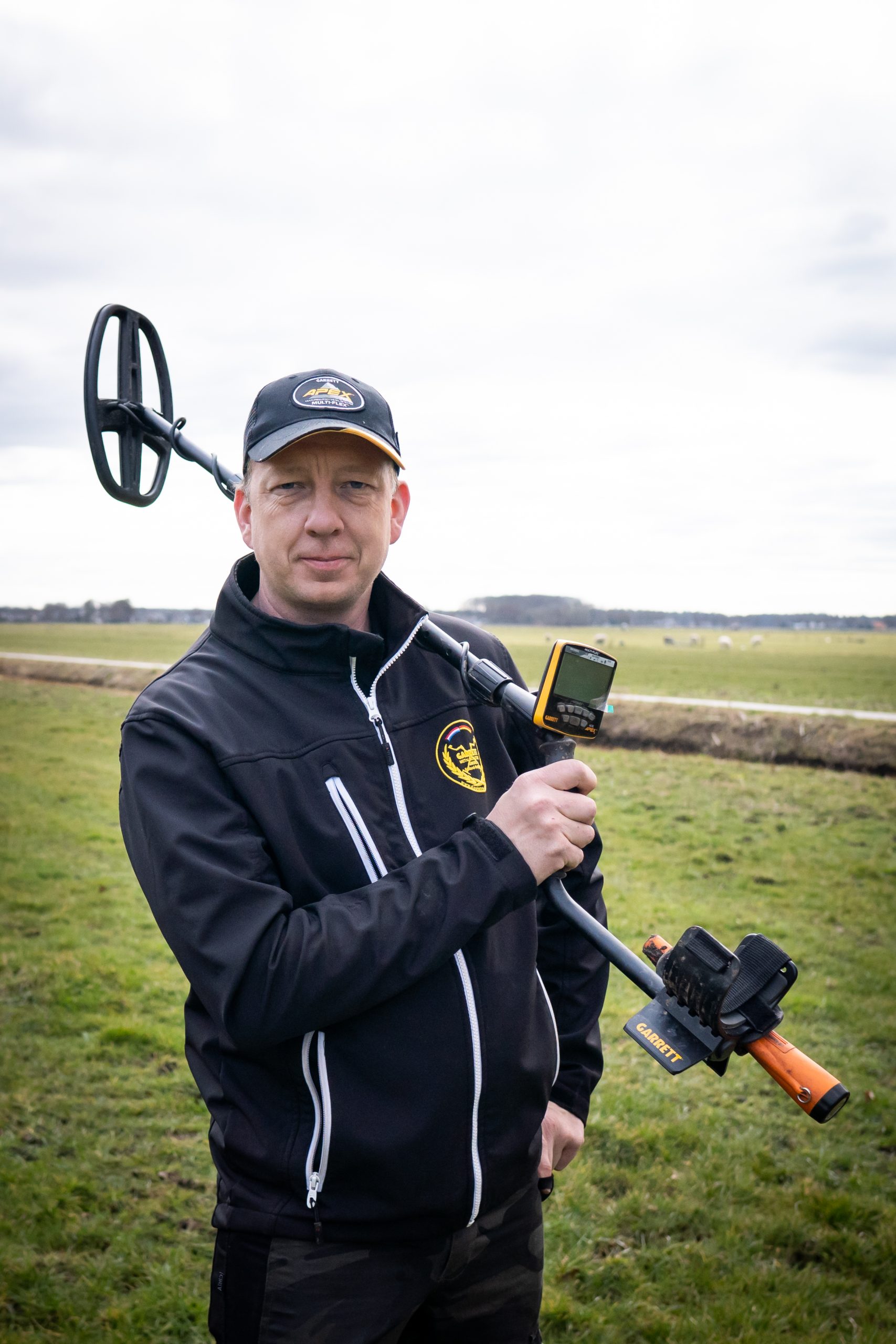